The Arc of the South Shore is committed to empowering families and individuals of all ages with disabilities to reach their fullest potential. We achieve this by providing high-quality individualized services and opportunities that foster independence, community inclusion, and advocacy.

We will continue to be a provider of choice for supports to individuals and families in need of our services by building on our 65 years of leadership, experience, and advocacy. 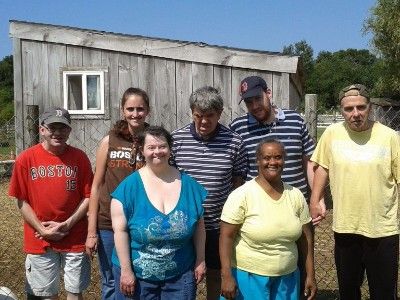 Public school education during this time was mandated for "trainable retarded" children, but parents were finding it nearly impossible to get their children into school classrooms. A group of parents started a separate school and in 1967, the town of Weymouth transferred the deed of a parcel of land on Main Street to a nonprofit named, Jaycees Memorial School, Inc. for the purpose of building a school for children with intellectual and developmental disabilities. The memorial school finally opened in 1970 and during that time, it served more than 400 students annually. Jaycees Memorial eventually transpired into The Arc of the South Shore's current Early Intervention program.

In 1977, The Arc of the South Shore was deeded a piece of property at Webb State Park. The newly obtained property gave the agency a permanent home and space to expand programs. By the end of the 1980’s The Arc of the South Shore became a multi-service agency. Since then the agency has been continuously adding nurturing programs, completed a successful capital campaign that raised $1.5 Million and completed a $500,000 expansion of our building on River Street in Webb State Park.

Today The Arc of the South Shore is one chapter in a loose affiliation of 700 independent state and local grassroots chapters nationwide. We have accomplished much as separate organizations and so much more as a united advocacy network. We have influenced the tremendous growth of community-based services, and the establishment of many state and federal policies and laws that have advanced the rights of individuals with disabilities in education, employment, housing and health care.

The Arc has carried out the mission and vision of helping people with intellectual and developmental disabilities, as well as their parents and siblings, for 70 years.